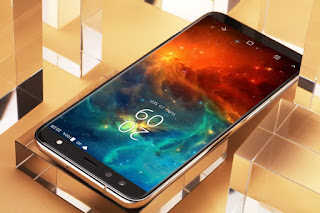 The Blackview not only pursues the fashionable trend while producing, but also focus on the other aspects to create production lines. Although there is few people know the products of the Blackview, it is very popular in the foreign market such as the phone of the Blackview S8.


Comparing to the phone of the Blackview BV9000 Pro, both of them placed the fingerprint on the back side, which it is not very convenient for the people who like the design of the pre-fingerprint, although to some degree that its screen ratio has increased.

In addition, its appearance is similar to the popular machine of the Elephone S8 that it is difficult for the person who is not familiar to these two versions if the logo has been removed while both of them are equipped with the streamer design.

As for the detailed information, it featured with 4+64 GB memory combination while the Blackview BV8000 Pro is equipped with 6+64GB combination that is enough for using in daily life with a fast speed.

What’s more, both the front and the rear side use 13.0MP+0.3MP camera that is very convenient and easy for taking pictures, and the quality of the picture will be higher than the phone of the DOOGEE S60 while the later is just equipped with a 21.0 MP rear camera.