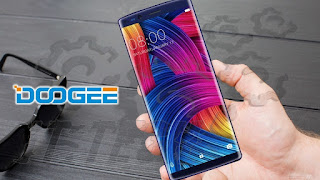 Xiaomi released a new machine with full-screen design—Xiaomi Mi MIX 2 in Beijing, which has attracted many people’s attention and makes this new design reaches to a new level that more and more new machines will apply this design.


After the release of the Mi MIX 2 that the mobile phone manufacturer DOOGEE from Shenzhen said it will release the new generation of full-screen mobile phone DOOGEE MIX 2 in the near future. However, the DOOGEE mobile phone is mainly for overseas users and will not be listed on the domestic market, which sounds a little upset.

From the parameter configuration, this DOOGEE MIX 2 will equip with the 18: 9 full screen design, which has not applied on the phone of the DOOGEE S60, that the screen size is 5.99 inches with the screen resolution of FHD +, positioning the mid-market with the reasonable price.

From the appearance, the aircraft equipped with the further enhance proportion of screen size compared to the last generation of the DOOGEE MIX, and the Home key has also been canceled. In addition, the hot discussion about this phone is whether it is equipped with the function of face wake that some information leaked said it with this function while the other said that it without this function for the technology is not mature enough, which is also the doubt that whether the DOOGEE BL12000 Pro will with the Function of NFC.