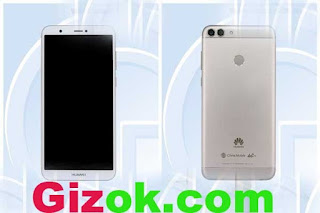 The Smartphone with full screen design began to fulfill the market at the second half of this year after the release of the Huawei Mate 10, which has earned many people’s attention before its release.


From the equipments applied on the flagship to the rank of thousand mobile that there are more and more machine with such design for us to choose. As the one of the leader in the market that the Huawei also start produce its thousand yuan machine equip with this popular feature like the phone of the Huawei Nova 2s, and it is said that one of the new phones—Huawei Enjoy 7S is ready to meet with us, and the release time is Monday next week in Xian with the model of FIG-AL00.

From the picture of the Ministry of Industry and Information Technology, we can see that the Enjoys 7S is equipped with full-screen design like the Huawei Mate 10 Pro. The back three-section design is made of plastic material with the metal material in the middle, and the fingerprint recognition on the back side with the double camera placed at the upper left corner.

Other configurations, it will uses a 5.65-inch 18: 9 full screen with Kirin 659 Octa-core processor while the Huawei Honor V10 featured with Kirin 970 processor. 3GB RAM + 32GB ROM memory combination with 13 million +2 million rear dual camera and front camera 8 million pixels that the camera performance will as wonderful as the Huawei P11 on the basis of the 2900mAh battery.