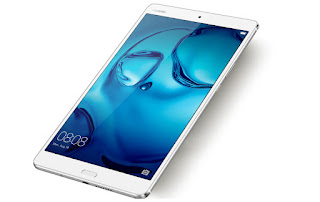 The using frequency of the iPad is lower and lower for the influence of the big screen mobile phone, and many brands have gave up this area except the Xiaomi, Huawei and Lenovo that the new version of the Huawei MediaPad M5 is under preparing and will meet with us soon according to the news come from the Gizok.


According to foreign media GSMArena reported that a named Huawei MediaPad M5 Tablet PC appeared in the Bluetooth certification file with two models: SHT-W09 and SHT-AL09, and there is no doubt that this new version is the next generation of the Huawei MediaPad M3.

Configuration, this new product is equipped with a 8.4-inch 2560 × 1600 LED display on the basis of the Kirin 960 while the Huawei Mate 10 is featured with Kirin 970 processor. In addition, it is pre-installed Android 8.0 system that will provide an excellent performance.

What’s more, it is said that it is equipped with Bluetooth 4.2 with the 4+64GB memory combination that is a little smaller than the Huawei Honor V10, but it supports the extend memory up to 128GB that is enough for using. The other aspects has not confirmed yet, more information please pay attention on our website: http://www.gizok.com.