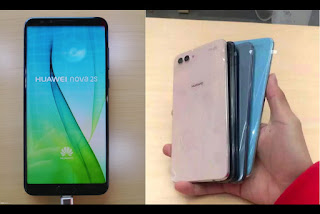 Now, the competition with each other in the market is more and more fierce that not only from the equipments, but also from the appearance even from the invitation form. According to the news come from the Gizok that there is a new machine—Huawei Nova 2s, which is very competitive from all the aspects that attracts many people’s attention.


According to the news has exposed that both the front and the back side will equip with dual camera with the theme of “high appearance for self-taking” while the Huawei Mate 10 just with a 8.0 MP front camera that aims to attract more customers and promote the increase of the market share at the end of this year.

Huawei official has announced that the Nova 2s will release tomorrow on December 1 in Beijing. Recently, the invitation card has been exposed on the internet that the form is unique from all the release conference like the phone of the Huawei Honor V10 that it is a box with a set of the phone camera plug in, which shows the meaning that this time the Nova 2S with the new design.

Except the information above, it is said that the equipments of this machine will be higher than the phone of the Huawei Nova 3. If it is the truth, will you purchase one for yourself?