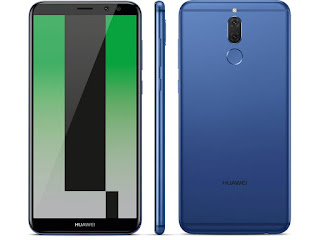 We have seen the grand scenery on November 28 that three popular domestic brand released their new machine on that day. This month, the Xiaomi and Huawei selected the same date of December 7 to release its’ another new flagship that the Huawei Nova 3 will release on that day.


It is said that this machine still with the high appearance that the performance will more outstanding than the last generation and to be first sold on “double 12” that many fans are very excited to wait it like the release of the Huawei Mate 10.

From the latest news, this Huawei Nova 3 without the Plus version to be introduced, and its design is similar to the Huawei Honor V10 to some degree. In addition, it equipped with a 6-inch 18: 9 full screen that is the same as the Huawei Mate 10 Pro, but provides pre-fingerprint identification with double Glass + metal box design that looks very beautiful.

As for the price that we are concerned about, it will provides 4GB RAM + 64GB ROM and 6GB RAM + 128GB ROM two versions with the price of 2599 yuan and 2,999 yuan that is not much difference to the Huawei P11. What’s more, it is said that its stocking is quite adequate for the customers to purchase and it is believed to be the next popular machine.