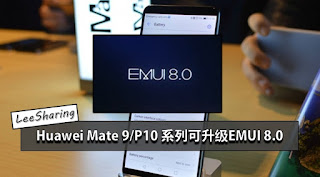 Huawei has gain great achievements this year that several new machines has released and both of them has earned a high reputation. How about the phones that released before? The official has never forget them and according to the news come from the Gizok that the Huawei P10 will support updating to the Android 8.0 OS.

According to the news exposed by the official that the sell point of the EMUI 8.0 system is the artificial intelligence that has show the excellent performance on the phone of the Huawei Mate 10 Pro, and also for this reason that it has appraised by many people come from domestic and abroad, which including the function of AI accompanying translation function that support for offline translation and translated after taking picture.

As the quick developments that the update of the system will be fast and comprehensive in a not long time, and it is believed that the machines that has not released yet like the phone of the Huawei Honor V10 and the Huawei P11 will equip with a new system or even the system with a higher version to meet more and more requests for the customers, and we believe that the Huawei will not let us down.