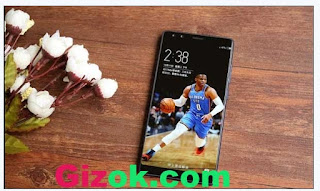 As the coming of the Christmas and the New Year, which we will start another new year, that many manufacturers are try their best to make the promotion in order to make a great foundation for the next year at the end of this year, and according to the news come from the Gizok, the Nubia Z17S preparing the Christmas package for the customers.


What the package contains? It is said that the package except the Z17S black gold version, there is also a phone case, a beautiful selfie(49 yuan ), portable power bank (129 yuan), noise-canceling headphones (299 yuan) and so on, which is worth buying this package with the reasonable price of 3199yuan that is not much expensive than the Nubia Z17miniS.

As the flagship of Nubia this year, Z17S uses a 5.73-inch borderless full screen with a resolution of 1080 × 2040 that is the same size as the Nubia Z19. The official said that it uses a flexible chip packaging technology and custom handset, camera that the machine's actual grip feel is 5.2 inches while the screen accounted for 90.36%.

Configuration, it is equipped with a Qualcomm Snapdragon 835 processor while the Nubia Z17 Mini uses the MSM8976 processor with 6GB RAM + 64GB ROM (another 8 + 128GB version optional) on the basis of the 3100 mAh battery. In addition, it featured with dual rear 12MP+23MP camera with a F1.8 large aperture that support full dual-pixel dual-core focus while the front camera is 5MP+5MP that support portrait beauty, and the performance is excellent as the Nubia Z17.