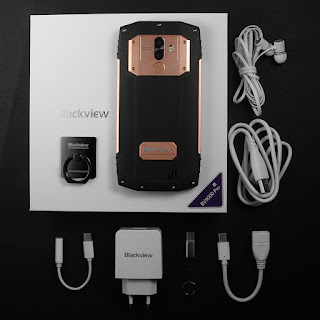 There are several three-anti mobile in the mobile market, and most of them are focus on the foreign market that few of people know them well in the domestic market, and for the most popular one recently is the Blackview BV9000 Pro that many people have enquired it, which has updated on the Pompmall but the supply is not stable that the fans need to wait for a few days.


Comparing to the last generation of the Blackview BV8000 Pro, it has improved a lot from the memory combination to the camera that the performance will be really unforgettable and amazing that once you get it, you will like it, and the little pity is that the BV9000 Pro just provides black and gold versions while the last generation provides three version for the fans to choose.

The another popular model is the DOOGEE S60, which is equipped with Helio P25 processor while the 9000 Pro is featured with MTK6757 that both of them with the fast and smooth speed compared to the phone of the Blackview S8 on the basis of the Android 7.0 OS.

Another advantage of the BV9000 Pro is that it uses a 6+128GB combination while the S60 just equipped with 6+64 GB combination, although the 6+64GB combination is enough for us to use like the Blackview P2 Lite, but the S60 sells for a cheaper price than the BV9000 Pro. Which model you finally choose?