Meizu MS6 exposed: with full screen plus side fingerprints 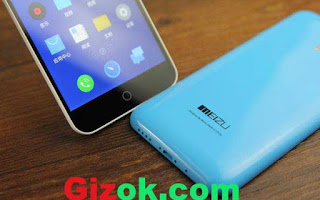 Several days ago, there are much news about the new machine of the Meizu MS6 on the internet that it will release on January 17 after the fans waiting for a long time, and before its release, there is much information exposed on the internet, which is said to be the truth. Let’s look it together.


From the leaked pictures on the internet we know that the MS6 will be equipped with the popular 18:9 full screen design like the Huawei Mate 10 that looks very beautiful, and the most attractive feature is that this new machine is equipped with the fingerprint placed on the side, which has never applied on the other phones like the Meizu M6, and the function of this fingerprint is still to be tested.

As for the other parameters, the information from the previous exposure shows that the MS6 will use a 5.7 inch 720P full screen with the help of the Samsung Exynos 7872 processor that the running speed will be fast and smooth like the phone of the Meizu Pro 7 Plus on the basis of 3GB +32GB memory combination.

What’s more, it is said that the body of the machine is metal that the antenna uses a hidden U-shaped design, which looks unified and beautiful with a 3000 mAh battery while the Meizu Pro 6S is equipped with a 3060mAh battery that support fast charge ups to 18w.