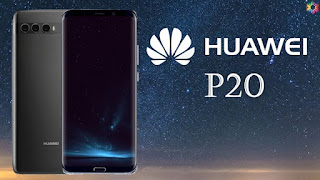 The MWC will be started at the end of February, which is an important conference in the mobile phone market that the customers will meet the newest machines from several manufacturers, including the machine of the Huawei P20 that has earned many people’s attention for a long time.


But it is the news that makes many customers down that according to the information leaked by Android Headlines that several manufacturers have not decided to release the new machine at the conference in order to outstand its characters and make a great selling result like the Huawei Mate 10.

The machine that has confirmed to be release at the MWC is the Galaxy S9 that has improved a lot from the appearance to the performance like the phone of the Huawei Honor V10 compared to its last generation, and the common character applied on these new machines is the full screen design.

According to the news exposed before that the P20 is equipped with a 6.0 inch full screen that looks similar to the iPhone X with the help of the Kirin 970 that is said to be the same as the Huawei Honor 10 plus 8GB RAM that the operate speed will be smooth with the price said to be about 4000 yuan.