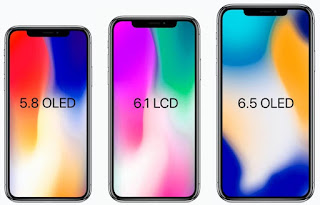 KGI Securities’ Ming-chi Kuo has been highly regarded for his analyses and forecasts for upcoming Apple products. While many of them have indeed come to pass, they do sometimes sound too good, or too bad, to be true. While we’re still more than half a year away from a new iPhone, the ball has started rolling on what this year’s lineup will be like. The 6.-1 inch iPhone has already been suggested but now Kuo stirring things up again with a larger, 6.5-inch iPhone X Plus.


The 6.1-inch iPhone is going to be odd in a few ways. First is its “Goldilocks” size of being in the middle of the regular iPhone X size and the new iPhone X Plus. Second is that it will only have one main camera instead of the iPhone X’s two. And finally, it will be using a LCD screen instead of OLED.

It’s not all bad. For one, the 6.1-inch iPhone will have a larger battery capacity than last year’s iPhone X despite using a rectangular battery rather than the iPhone X’s L-shaped one. Kuo states that all three new iPhones will have larger battery sizes. He breaks these down as an incremental bump for the second generation iPhone X (2800 vs 2,715 mAh), a hefty 3,300-3,400 mAh battery in the iPhone X Plus and a battery up to 2,950mAh for the iPhone X SE.

In fact, the 2018 iPhone Xs are being seen as minor upgrades to last year’s models. Not so different from the Samsung Galaxy S9 and Galaxy Note 9 theme this year. On the one hand, Apple might be thinking there’s not much to improve on an already perfect formula. On the other hand, it might also still be trying to cement the iPhone X in consumers’ minds, and changing things this early wouldn’t help.