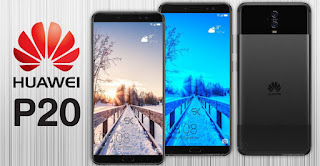 
The new flagship is the derived model of the Huawei P20 that is said to be equipped with the resolution of 1080*2044 that the screen ratio ups to 18.7:9, which will give us a vision banquet when we use it to watch movies that the performance will be excellent.

GSMArena announced that the model of the EML-AL00 will be also equipped with EMUI8.0 OS on the basis of the Android 8.0 while the phone of the Huawei Mate 10 is equipped with Android 7.1 system that the running speed will be fast and smooth.

According to the news exposed before that the new machine will be likely to equip with the profiled full screen design on the basis of the Kirin 970 processor that is the same as the phone of the Huawei Honor V10, which is expected to meet with us on the meeting of the MWC at the end of the February.