OnePlus 6 confirmed with Snapdragon 845 will release in June 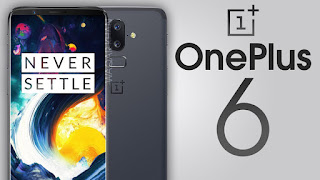 There are several new machines release everyday, and many models released in last year are still popular that many customers choose them instead of the others. At the beginning of this year, there are also many new flagships on the way to meet with us, and the phone of the Xiaomi Mi7 has confirmed by the official that it will equip with the Snapdragon 845 processor.

According to the CEO of the OnePlus that this new machine will be released in later of the second quarter that is almost close to the release date of the Xiaomi Mi6 that the rhythm is almost the same as the last generation with the name of the OnePlus 6 that has not be confirmed through the official, and the boss do not give a certain answer for the question of whether the OnePlus 6T will release or not.

As for the other leaked information, it is said that it will be equipped with a OLED full screen with the resolution of 2K, the function of the screen recognition and face wake that has not applied on the phone of the Xiaomi Mi MIX 2 that the performance will be really amazing and unforgettable. Last but not the least, the boss of the OnePlus also said that the OnePlus 5T is the product that sold the fastest and best in the history.