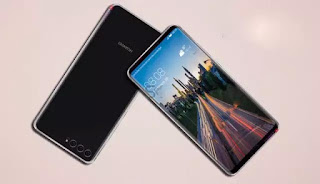 
After the release of the Huawei Mate 10 that there is no doubt that the next flagship is the P20, which has under much expectation of its fans, and from the P10 to the P20 that there are many improvements on it.

According to the news leaked before that P20 series will first include three different versions, including the P20, Huawei P20 Plus and Huawei P20 Pro that both of them are equipped with full screen while the Huawei Honor V10 without this design, and it is equipped with three rear camera that the picture quality will be more beautiful than the other phones with the help of the Leica lens.

P20 retains the front fingerprint recognition Home button, but the forehead, chin, left and right borders are very narrow that the proportion of screen is quite high, while the back of the upper left corner of the horizontal arrangement of three cameras and flash that looks more beautiful than the phone of the Huawei Nova 3. What’s more, it will equip with Kirin 970 processor, 6GB RAM 3600mAh battery with the support of the 3.5 mm headphone jack.