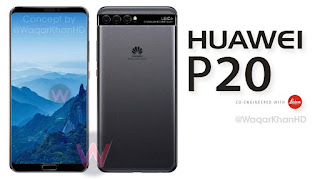 The brand of the Huawei and Xiaomi are both the leader of the mobile phone in the domestic market, and the competition between them is more and more fierce that it is said that the new machine of the Huawei P20 will release with the date that is close to the release of the Xiaomi new flagship on the internet.


The new machine of the Xiaomi is the Xiaomi Mi7 that before its release that it has already earned many praise and reputation after its boss announced that it will equip with the Snapdragon 845 processor, and without accident that it will meet with us in March, which is said the P20 is also will release in March.There are much news said that the new machine will with the name of Huawei P11 according to the last generation, but this time it is called P20 in order to show the improvements that many technologies have applied on the phone of the Huawei Mate 10.

As for the specific configuration, Huawei P20 will carry Kirin 970 high-frequency version, called Kirin 975 processor, and the whole system comes standard with 6GB RAM plus 128GB ROM that the running speed will be really fast like the phone of the Huawei Honor V10.

How about the camera performance, it will be equipped with the three rear cameras that the resolution up to 40 million pixels and based on Leica technology while the Huawei Nova 3 is equipped with 12 MP +8MP rear AF camera.