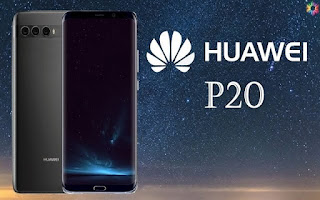 For a long time that we think the new machine of the Huawei P20 will be released on the MWC at the end of February, but the official has announced that this new machine series will not meet with us at that conference, which makes us a little upset. However, the newest news exposed on the internet said that the P20 will release on March 27.

In addition, it is said that this new machine will use the profiled full screen design that is similar to the appearance of the iPhone X, which has never applied on the other phones like the Huawei Honor V10, and the P20 and Plus version use the screen ratio of 18.7:9 while the P20 Lite is equipped with a 19:9 screen ratio that both of them with the resolution ups to the level of FHD+.

As for the configuration, the P20 and the P20 Plus version will equip with the Kirin 970 processor plus the 6 /8GB RAM that the running speed will be fast and amazing while the Huawei Honor 10 is said to use the 6+128GB memory combination. What’s more, it will be equipped with three rear cameras that the pictures will be more clear and beautiful than the Sricam Camera.