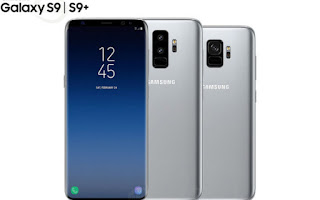 
Originating on Caseme case site, these aren’t case renders, as they show the phones before any skins have been applied, so you can get a full look at them.

Meanwhile, the Galaxy S9 Plus battery is listed at 3,500mAh, the same size as the Galaxy S8 Plus and slightly smaller than the 3,600mAh battery in the Galaxy S7 Edge.

The Galaxy S8 lasted 16 hours in CNET's standardized playback test, while the Galaxy S8 Plus took 18 hours to completely drain. Meanwhile, the Galaxy Note 8 3300mAh battery surpassed them both with a an average of 24 hours of video playback.

Caseme also lists a replacement charging port for the Galaxy S9 (complete with the S9's serial number) on its website. Meanwhile, other components like the phone's camera and fingerprint sensor have apparently leaked as well. We should know for sure soon, as the Samsung Galaxy S9 and Samsung Galaxy S9 Plus are both set to be announced on February 25.