Apple is working on a second-generation iPhone SE 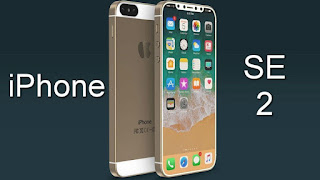 A dubious video has started to circulate on Weibo that claims to show the upcoming 'iPhone SE 2' using the same design language as the iPhone X, but the smartphone appearing in the brief clip is probably not the follow-up to the iPhone SE, for a number of reasons.


In the 30 second video, we see an unknown man unlock the phone, swipe through the home screen once and open Settings. There’s really not much to gather from the video in terms of what the rumored iPhone SE might have to offer from a performance standpoint — all we know is that it exists (according to the source, anyway).

Early rumors that began spreading last fall claimed that the sequel to the iPhone SE would launch in the first half of 2018, just as the original iPhone SE was released in March 2016. Rumored specs include the same A11 Bionic chip that powers the iPhone X and iPhone 8, 2GB of RAM as well as 32GB and 128GB storage options.

All in all, Apple may have a new iPhone SE 2 in the works, but it's unlikely that the device is going to adopt iPhone X elements as the iPhone SE is a low-cost device while the iPhone X is Apple's top-of-the-line flagship smartphone.