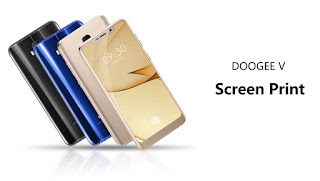 The MWC 2018 has finished several days ago, and from it we saw many new machines for the first time. By the way, the model has attracted many people’s attention and raised a heated discussion is the DOOGEE V, which is said to be equipped with screen fingerprint plus the popular full screen design.


On February 27th, the flagship model of DOOGEE V officially landed on the stage of Barcelo’s MWC2018 world and welcomed a large number of loyal users and foreign media reports, which is because the glorious history that DOOGEE has created in the European Smartphone market over the past few years such as the phone of the DOOGEE S60 and the DOOGEE X60L!

It is equipped with the full screen design that the screen ratio up to 94.85% that makes this version looks attractive and beautiful, which is said the same as the DOOGEE MIX 3 with the help of the 8+128GB memory combination while the DOOGEE BL12000 Pro is said to equipped with 6+128GB space combination and 1600MP+800MP cameras design that the performance is wonderful.

What’s more, it is said that the model is equipped with a 6.21 inch AMOLED pressure-sensitive screen that the resolution is 2248 *1080 while the DOOGEE MIX 4 just equipped with the screen that the resolution is 1440 *720 that will bring us a colorful vision and it was to be regard as the iPhone X in the camp of the Android phone. In addition, it is said on the internet that it will meet with us at the end of March or the early April.