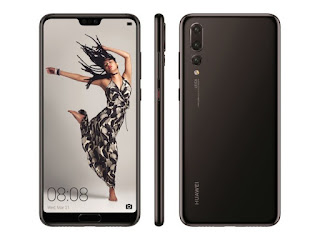 It is said that the Huawei will officially release this year’s new flagship machine of the Huawei P20 in Paris on March 27, and with the date coming that there is more and more detail information leaked on the internet. Recently, the picture of the detail appearance of the P20 leaked out.

In addition, from the pictures we confirmed that the P20 and the P20 Lite is equipped with the color of black, blue and gold while the P20 Pro is featured with black, blue and gradient color that looks more fashion. In other words, the P20 series provides more options for the customers compared to the phone of the Huawei Honor 10.

Both the three versions support the function of face wake with the help of the wonderful cameras, including the 24MP front camera for the P20 and P20 Pro and the 16MP for the P20 Lite that the pictures will be clear and beautiful. However, it is a little pity that this version do not support the extend memory with the memory of 64GB, 128GB and 256GB for us to choose while the other models like the Huawei Honor 10 and the Huawei Mate 11 are said to be equipped with the extend memory function. Above all, both of them are equipped with the Kirin 970 processor that the performance will be excellent and unforgettable.