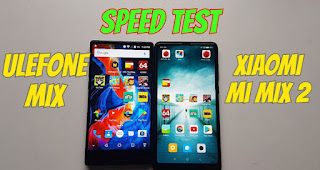 Xiaomi Mi MIX 2 has promoted the mobile market into a new age with the popular full screen design that many manufacturers are imitating this design in order to earn more attention from the others, including the brand of the Ulefone for its model of the Ulefone MIX 2 that makes many people’s discussion in spare time.


The Ulefone MIX is equipped with MT6737 processor that the operate speed will be smooth and quick like the model of the Ulefone Armor 2S. Although many people said that it is the clone of the Xiaomi MIX 2S, the former sells with a much cheaper price that the price is about 110USD on Ulefoneshop, and the one of the important reasons is that it just equipped with the 2GB RAM+16GB ROM memory combination that limit us to download the files or the videos we are interested.

According to foreign media GizChina, despite the Ulefone MIX 2 with the close name of the Xiaomi MIX 2S, the specification and the exterior design are completely different that it is equipped with the design similar to the Samsung S8 with the 3D curved glass and the dual rear cameras in the upper left corner while the Ulefone Power 3 placed the cameras at the upper center of the back side.

Specifications, it uses a 5.7-inch display with a resolution of 1440 × 720 with the help of the Android 7.0 OS plus the rear 13 MP +5MP cameras and the front of 5 MP camera that the picture will be beautiful. Last but not the least, it built in a battery with the capacity of 3300mAh that is not very big compared to the phone of the Ulefone Armor 2, but it does not need to charge for several times with normal usage.