OUKITEL WP5000: The most cold-resistant smartphone 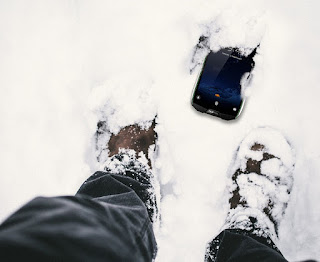 The OUKITEL WP5000 in basic terms, is a Oukitel rugged smartphone. However the company has been making it clear that this is not just your average rugged phone as it is one which comes with a spec list more in line with a flagship phone and therefore is a phone suited to many different types of buyers. Even just taken at its rugged level, it is still one which can cater to all the different types of consumers who might need a more durable phone.


To test just how well-suited the WP5000 is to functioning under less than ideal conditions the company has announced it tried to replicate the experience of using the phone in conditions similar to being at the South or North Pole, or the Himalayas. The company did this by forcing the smartphone to endure temperatures as low as -20 degrees Celsius and for as long as sixteen and a half hours. After such a grueling encounter OUKITEL states the WP5000 remained in a fully functional and usable state. Highlighting that even in such drastic and extreme conditions the WP5000 is built to last, and to perform.

Besides its more rugged nature and IP68-certification the WP5000 packs in the specs including 6GB RAM, 64GB storage, and a MediaTek Helio P25 SoC. Along with a 5,200 mAh battery to ensure the phone stays powered as long as it needs to. Although one of its main selling points is just how affordable the smartphone is. For example, the WP5000 comes with a retail price of $299.99 and right now it can be picked up for as low as $269.99 – a saving of $30 off its usual price. If you like big batteries, we recommend a 11000 mAh mobile phone for you, it is the latest release of Oukitel K10, you can learn more about this phone in the Oukitel official store.