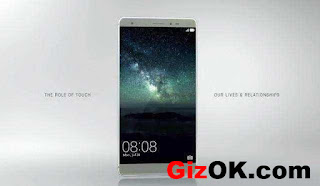 Huawei Mate 10 will be released in the second half, and is expected to be released before the iPhone8, but as a representative of Huawei's high-end machine, there is not much difference between the price of them.


Because of the negative news of Huawei P10 at the first half this year causing the number of sales declined a lot, which is without doubt that Mate10 will be an important product for Huawei to earn the most market share again!

It is reported that it will use no border design, the processor will use the next generation of Kirin 970,which is improved on the basis of Kirin 960 like Huawei Mate 9 and Huawei Mate 9 Pro. this chip will be performace the same level of Snapdragon 845, so it is completely not lower than foreign chips.

As for other aspect,it supports the highest 8G RAM, and the screen also use 5.9 inch screen that is a little bigger than Huawei Honor 9 while it with 5.7 inch screen.What;s more,it with front 8.0 MP, black 20MP+12 MP with flashlight auto focus that will give us beautiful pictures.