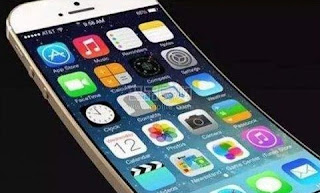 We are still a bit under three months away from the introduction of the 10th anniversary iPhone model that has been dubbed the Apple iPhone 8. And while it would appear that Apple is still trying to decide where the heck to put the Touch ID button on the premium unit, there already is talk about a flexible printed circuit board that LG Innotek will mass produce in 2018, which could end up inside the Apple iPhone 9.


Flexible PCBs are considered essential for curved OLED panels on smartphones. Samsung has so far maintained the edge in the field, having used curved OLED on phones since 2016's Samsung Galaxy S7 Edge. Indeed this year's "iPhone 8" will allegedly use Samsung panels, despite Apple's tendency to distance itself from its main competitor.

Apple is switching to a flexible OLED panel for the iPhone 8 this year, which means that the company has to use a Flexible Printed Circuit Board since regular PCBs won't work with the screen. Besides the rumor that Apple will use LG Innotek's FPCB next year, there is speculation that the 2018 iPhone models will feature screens weighing in at 5.28-inches and 6.46-inches.