iPhone 8 will come in four colors 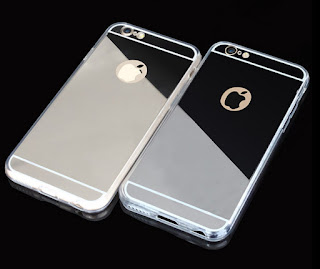 The latest claims about Apple's so-called "iPhone 8", "iPhone X", "iPhone Plus" or "iPhone Pro" came from the Twitter account of Benjamin Geskin, who said the handset will come in four total colors, one of them new. He included images of an iPhone 6s mirror-like case to give followers an idea of what it might look like, but offered no specifics beyond the fact that it will supposedly be reflective.


Considering CaseMe only identified one of the colors as new, it's likely that the others will be akin to shades currently offered on the iPhone lineup. The iPhone 7 currently comes in six different shades, which would suggest that three of them could be axed for the redesigned "iPhone 8."

The "iPhone 8" is expected to boast a complete redesign of the handset with an 5.2-inch edge-to-edge OLED display with minimal bezels. The device is also expected to feature both fast charging via Lightning and contact-based wireless charging, though the latter may not be available at launch.

The "iPhone 8" is rumored to have a premium price and debut in limited quantities this fall. It is expected to be flanked by "iPhone 7s" "iPhone 7s Plus"models sized at 4.7 and 5.5 inches, with largely the same design as last year's iPhone 7, including an LCD display.