Samsung Galaxy S9 Specs and Features: What we want to see 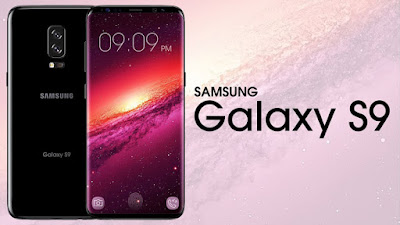 The Galaxy Note 8 has been announced and Samsung’s mystery phablet is no longer a mystery. So naturally it’s time to turn our attention to Samsung’s next hero handset, the Galaxy S9.


In all seriousness, there’s a lot to talk about with the Note 8 family, and the Forbes Tech team will be doing just that over the next few weeks. But Samsung is already hard at work on the Galaxy S9 (and the Galaxy Note 9 as well), working on designs, looking at new ideas and innovations, and sorting out the resources required to manufacture the device.

And that’s where it gets interesting, because the latest leak suggests the S9 will be one of the first smartphones with Qualcomm’s new SnapDragon chip… and that offers Samsung a strategic advantage in terms of supply.

The SnapDragon 835 can still be found in the Galaxy S8 and Galaxy S8 Plus, and it took until the middle of 2016 to find another Android-powered smartphone running the 835 that was selling in significant numbers. Samsung may or may not have had a period of exclusivity with the 845, but it certainly dominated the market and allowed the Galaxy S8 family to feel the benefit of the newer system-on-chip without any notable competition.

Not every Galaxy S9 is going to use Qualcomm’s chips. Samsung is quite happy to work with its own Exynos chips depending on regional requirements, but I’ve no doubt that the decision has been made to use the SnapDragon 845 in the North American markets. It offers the highest specs possible along with the required network compatibility (primarily for CDMA), it allows the Galaxy S9 to be portrayed as one of the cutting-edge handsets in terms of technology, and it potentially locks out the competition from the early supply of the 845 chip.