Elephone S8 with 4GB 64GB can send out soon on Pompmall 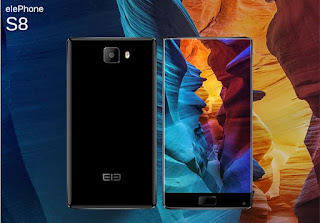 
It is the first machine for the Elephone equipped with the full screen design that the screen extends directly to the top with an amazing vision effect that looks more beautiful, on the basis of the Android 7.1 OS with the Helio X25 processor that the running speed will be really unforgettable.

Last but not least, it built in a 4000 mAh battery that support PE fast charge technology while the Elephone P9000 just featured with 3000mAh battery. In addition, although it without the 3.5mm earphone interface, we will send an adapter with the package for you that you can enjoy the music as other phones.