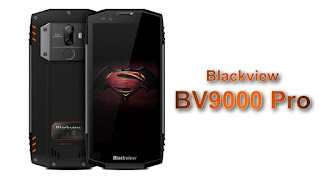 The brand of the Blackview is not as famous as the Xiaomi and Huawei at domestic market, but it is popular in the foreign market with reasonable price. When most of the manufacturers are focus their attention to the full screen design that the Blackview are try their best to produce its three-anti mobile phone, and recently, the new machine of the Blackview BV9000 Pro has updated on Pompmall.


The BV9000 Pro with the features of the most three-anti phones in the market that support several resistances like the phone of the Ulefone Armor 2, and it also with some improvements compared to the last generation of the Blackview BV8000 Pro. Firstly, it is equipped with a 5.7 inches screen that is bigger than the 5.0 inches screen. Secondly, it equipped with 6+128GB big memory combination that is enough for us to download the games or the files we need.

Finally what we want to say is that the BV9000 Pro support pre-order now on Pompmall like the phone of the Blackview BV9000 before, and it is worth buying with the affordable price as the Christmas is coming, why not buy it as a gift for yourself or your family?