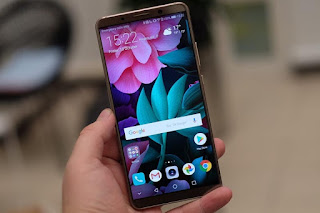 Huawei Honor V10 has released in Beijing with two important sell points, one is the application of the full screen design like the phone of the Huawei Mate 10, the other is the Kirin 970 processor that built in an artificial intelligence chip, which under much expectation of the Huawei fans.


Kirin 970 processor is a flagship chip using TSMC 10nm process, which is the world's first built-in standalone NPU smart phone AI computing platform. Comparing to the four Cortex-A73 cores, the Kirin 970 applied on the Huawei P11 delivers about 50x energy efficiency and 25x advantage of the performance when it comes to processing the same AI application tasks.

In addition, Kirin 970 innovative design HiAI mobile computing architecture that uses the heterogeneous computing architecture to maximize the performance of CPU / GPU / ISP / DSP / NPU, which is also the reason for the popular and high reputation of the Huawei Mate 10 Pro. What’s more, NPU for the first time dedicated hardware processing unit that the acceleration performance and energy efficiency is much better than CPU and GPU.

Thanks to the application of the Kirin 970 that the performance of the Honor V10 is excellent that the running score is higher than the Xiaomi Mi7, the detail is that the score of the Antutu is more than 170 thousand, and the score of the Geekbench is 1921 for the single core, 6789 for the multi core that has surpass the score of the Snapdragon 835. It is believed to be the next popular flagship of Huawei.