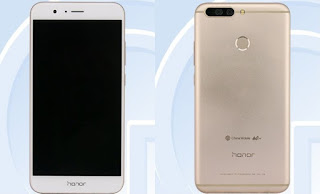 The design of the full screen is very popular, especially the participation of the Samsung and the iPhone that promote the design to a new level, and the development in the domestic market also is very fast that the most outstanding one is the Huawei that has produced several new machine like the Huawei Nova 2s, and the another new machine of the Huawei Honor 9 Lite is ready to release.


The official Honor has announced that the release conference of the Honor 9 Lite will be held tomorrow in Shenzhen with the most sell point of the 5.65 inch full screen that the screen ratio is 18:9 like the phone of the Huawei Mate 10 Pro that the appearance looks very beautiful.

In addition, this Honor 9 Lite version will also be equipped with Kirin 659 processor that is the same as the Huawei Honor 9 with the front and the back side are both placed with 13 million +2 million combination that the camera performance will be wonderful like the phone of the Huawei Mate 10.

What’s more, it built-in a 3000mAh battery with 3GB RAM + 32GB ROM and 4GB RAM + 64GB ROM two versions for the customers to choose while the phone of the Huawei Honor V10 is equipped with 6+128GB memory combination. Last but not least, it is said that the 3GB version with the price of 1299 yuan, while the 4GB version sells for 1599 yuan that is not as expensive as the Huawei P11.