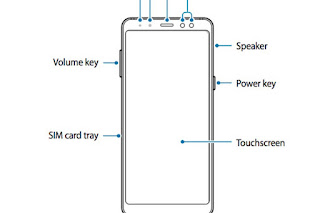 Selfies are probably about to get a lot more artsy, at least if you plan on picking up a Samsung Galaxy A8 or A8 Plus next year.


Somehow the manual for the still-unannounced Samsung Galaxy A8 got uploaded to Samsung’s website, and above all, it reveals that the upcoming phone will have two front-facing cameras, as Android Police discovered.

It appears that the phones’ big highlight feature will be dual front-facing cameras, with Live Focus available for selfies, but there’s no information yet on how many megapixels they are. Like many other new phones released in the past year. The rear fingerprint sensor also looks like it’s located below the rear camera, for easier access than previous Samsung models like the Samsung Galaxy Note 8.

The rest of the diagrams show fairly predictable or at least unsurprising stuff, such as thin bezels and an 18:9 aspect ratio for the “Infinity” display that resembles that of the Samsung Galaxy S8 and Samsung Galaxy S8 Plus. The devices will run Android 7.1.1 Nougat, and they retain their increasingly endangered earphone jacks.

Other aspects remain standard, like a USB-C charger port and an earphone jack. There’s no word on when Samsung will properly announce the devices, but good guesses would probably be CES 2018 or MWC 2018.