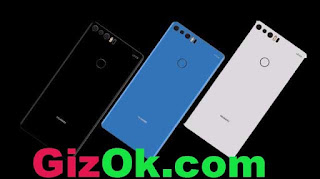 Although the market share of the Huawei is not as much as the brand of the iPhone and the Samsung, it is still a part that can not be ignored, for it produced many machines that earned a high reputation and the model of Huawei is very popular in the Europe market. Recently, the new flagship of the Huawei P11 has been exposed.


As the new machine of the Huawei Mate 10 has not released for a long time that it still be very popular and each day there are many news updated about the Mate 10 series, what surprises the P11 will bring us, and will it be the next popular one?

From the concept picture we know that its whole design style is the combination of the Xiaomi Mi MIX 2 and the iPhone X. Appearance, it is still using the most popular full-screen design like the phone of the Huawei Mate 10 Pro with the left and right borders to the extreme compression, which looks very beautiful that the logo of Huawei placed at the bottom.

It is reported that it uses 5.8-inch OLED screen with a resolution of 3420* 2160 pixels, and it placed the fingerprint on the back side with the glass material for the back cover. Configuration, Huawei P11 uses Kirin 975 processor while the Huawei Honor V10 is equipped with Kirin 970 processor with 8GB + 128GB memory combination that the performance will be excellent. 4000mAh battery supports wireless charging technology on the basis of the EMUI 8.0 system based on Android 8.0 system.

Last but not the least, it is said that this time Huawei will release Huawei P11 and Huawei P11 Plus two versions with the price of 4299yuan and 4699 yuan that is much expensive than the phone of the Huawei Nova 2s.