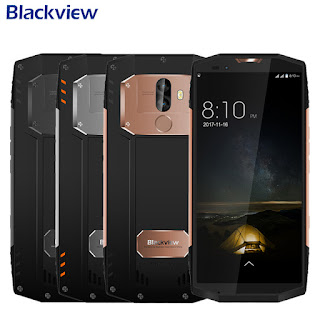 As almost all the manufacturers are focus their attention to the design of the full screen that the brand of the Blackview focus its attention on the aspect of three-anti mobile phone, and it has already produced several models about it with excellent performance. Recently, another new machine of the Blackview BV9000 has updated on the Pompmall.

Blackview BV8000 Pro is equipped with 6+64GB memory combination with a 5.0 inch screen that is convenient for us to put it into the pocket and carry it to everywhere while the Blackview BV9000 Pro is featured with a 5.7 inches screen, but it will bring us a colorful vision banquet.

As for the BV9000 in detail, it is equipped with 4+64GB storage combination that is the same as the phone of the Blackview S8, which is enough for normal usage on the basis of the Android 7.0 OS that the speed will be fast and unforgettable. Dual rear 13.0MP +5MP camera can help us to record the daily life natural and clear without mistakes.