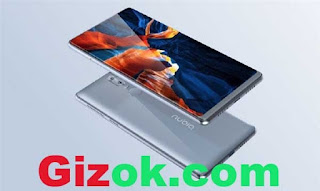 
From the picture we know that the machine not only uses a borderless technology, but alsohas cut off the forehead that just leaving only a very narrow chin at the bottom with a very high screen ratio, which looks beautiful like the phone of the Huawei Mate 10.

In addition, from the exaggerate photo we can see the camera was embedded in it that has never applied on the other phones like the phone of the Nubia Z17. But the back side is different from the picture leaked before that the dual rear camera were placed in the center of the back with the fingerprint on the basis of the Snapdragon 845 processor while the Nubia Z17 MiniS is equipped with the Snapdragon 653 processor.

The picture leaked in the internet has not be confirmed, but the new version of the Nubia Z17S has eliminated the left and right border that the next direction of the development is undoubtedly to the up and down border to increase the screen, so there is much possibility that the news is truth.