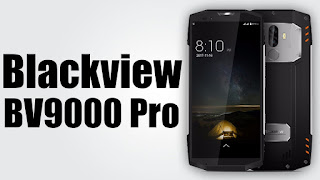 The produce speed of the Blackview is a little faster than the other manufacturers that it has released several new machines, including the new model of the Blackview BV9000 Pro that has updated on the Pompmall, but it makes the fans a little upset that after waiting for a long time that its supply still not enough that it is out of stock on our website now.


Except the BV9000 Pro, there is also the model of the Blackview BV9000 that is regarded as the midrange model with a little lower price for the most people with a 13.0 MP rear camera in order to get a great selling result.

How about the differences between them? It is can be said that the most configurations are the same like the camera, material and the processor, and the only difference is that the BV9000 Pro is used the 6+128GB memory combination like the phone of the Xiaomi Mi MIX 2 while the BV9000 is equipped with the 4+64GB combination.