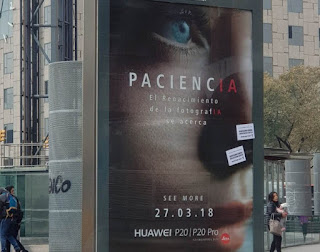 Huawei is due to announce its next flagship smartphone family at a special event in Paris on March 27. Huawei P20 and P20 Lite have leaked so much that they're pretty much a certainty, but the one rumored to come with three cameras on the rear?


So far we've worked under the assumption that this will be the Huawei P20 Plus, because that's the naming scheme the company has employed in previous years, but it turns out that it will be called P20 Pro instead. This has been revealed by Huawei itself through a billboard that was spotted in Barcelona. The city it's in is no coincidence, because MWC 2018 has been held there this week, with an announcement or two of note.

Controversially, but not unexpectedly, the Huawei P20 Pro will have a screen notch, though a much smaller one than the iPhone X which started this trend. The bottom bezel isn't completely gone, but it's small enough that the fingerprint sensor had to be moved to the back.