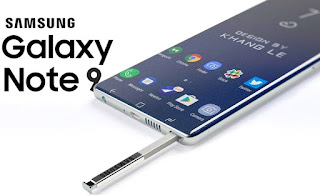 Samsung just announced the latest 2018 flagship Galaxy S9 and Galaxy S9 Plus, and while everyone’s still getting a hang of the device, a new leak emerged with the HTML score of what might be Note 9.


The early indications come from online benchmarking scores that look over the hardware reported by the mobile web browsers as they are tested. Today’s case is through the online HTML5Test site, with a browser benchmarking score of 522 out of a possible 55 points, reports Adnan F at SamMobile.

The benchmark revelation comes just days after Samsung unveiled its new Galaxy S9 and Galaxy S9+ smartphones. The handsets come with a design reminiscent of last year's Samsung Galaxy S8 line, but add improved cameras and more convenient placement of their rear fingerprint sensors. The smartphones also run on the new Qualcomm Snapdragon 845, the most powerful mobile processor Qualcomm has ever designed.

Assuming that the Note 9 handsets available in the rest of the world will be using Samsung’s own Exynos chipsets, that means that the North American Note 9 handsets will be down on raw power and a number of potential features will have to be throttled back on the Exynos-powered phablets to ensure a continuity of capability across the entire family of devices.

Although details are scant right now, the Galaxy Note 9 will likely be unveiled in August. It's not expected to come with a major design overhaul and will likely take many cues from the Galaxy S9, including its Qualcomm Snapdragon 845 processor. Like previous Galaxy Notes, the upcoming handset will also rely on both touch and pen input.