Huawei Honor 10 with Kirin 970 leaked with the popular features 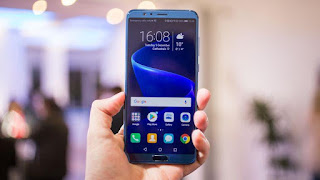 The Huawei P20 has released in Paris several days ago that has attracted many people’s attention and as it showed up that many fans said it is the mobile they want and it is now supports pre-order that the popular situation is not expected before. As one of the loyal fans of Huawei, many people are also waiting for the next flagship of the Honor series.


According to the news leaked on the internet that there is no doubt that the next generation will with the name of Huawei Honor 10 who is equipped with Kirin 970 processor on the basis of the Android 8.1 OS like the phone of the Huawei Mate 11 that will bring us a smooth and quick running speed.

Recently, there is much news on the internet that this model has passed the certificate of 3C, and from the post of the Honor that many customers said it will meet with us soon in April that is not long left. From the pictures broken on the internet we know that it with the similar appearance like the newest model of the P20 with the fingerprint placed on the front side like the phone of the Huawei Honor V10.

Configuration, it is equipped with Kirin 970 processor with the screen of 5.8 inches 2240*1080P resolution. In addition, if it uses the 12 million + 20 million pixel dual camera, I believe there will be a great improvement for the pictures. The system is pre-installed with Android 8.1-based EMUI 8.1 system with a battery capacity of 3400mAh that is a little smaller while the Ulefone T2 Pro is equipped with a 6080mAh battery.