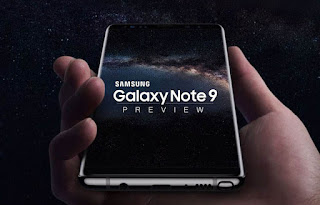 The wait for the Galaxy Note 9 may have gotten a little shorter. That's because production of Samsung's next Note phone is reportedly ahead of schedule, according to Korean news outlet The Investor, which claims the Galaxy Note 9 will be released as soon as July.


Picked up by Slashleaks, Samsung is now testing the Galaxy Note 9 on Geekbench, and it lines up with everything we expect to see from arguably the company’s most important flagship smartphone. Identified as the ‘Samsung SM-N960U’ (the Galaxy Note 8 was the ‘SM-N950’), the phone has a Qualcomm Snapdragon 845 chipset (likely to be the Exynos 9810 outside the US, sorry America!), a hefty 6GB of RAM and the operating system is Android 8.1 - the Galaxy S9 and Galaxy S9 Plus shipped with Android 8.0.

But launching the Galaxy Note 9 early could have one potential benefit: beating out Apple's next iPhone. Early rumors say that Apple may launch three new iPhones in September, each with a different size and price. This could pose some serious competition for Samsung, but the Note 9 might benefit if it hits shelves early. Last year the iPhone X didn't go on sale until November, which may or may not have helped Note 8 sales.

The Investor also hints that the Note 9's fingerprint sensor won't be embedded into the phone's display. This comes a week after its previous report that Samsung was still undecided about whether to include an in-display fingerprint reader. While we wait, here are our six ways that the Galaxy Note 9 could beat the iPhone X.