Maze Alpha: A Bezel-less phone on the cheap 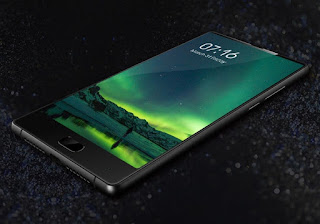 Tech enthusiasts world over will acknowledge 2017 as the year that bezel-less phone craze caught on with consumers. So, what does a bezel-less phone mean? It’s simply the idea of having the screen cover as much space on your phone as a design feature.


The Maze Alpha smartphone makers kicked off with interesting teasers on social media displaying an interesting bezel-less concept which eventually went into production. The design of the phone is quite impressive and arguably its strongest selling point. What catches your attention instantly is the lack of a top chin above the 6 inch screen, giving the phone a bezel-less look. The front panel is made of Corning Gorilla Glass 4 to help it resist scratches. The backside adopts a simple look with two main cameras positioned on the top left corner, but let’s put a pin on this for now.

Inside the Alpha and Maze Comet is a powerful Mediatek Helio P25 processor with 4GBs of RAM and an internal storage of 64 GBs, juiced up by a 4000mAh battery. Back to those lenses. Images captured on the main camera, which is a 13MP sensor are average in quality to say the least. There aren’t any bells and whistles even with its dual cameras. Using the ‘blur’ doesn’t excite unless you frame your subject carefully. The selfie camera in front is a 5MP shooter and it does get good shot although it takes a little getting used to due to its positioning at the bottom rather than where you’d expect.

All in all, the Maze Alpha and Maze Alpha X is value for money inspite of its faults. The device currently retails at just under $220 shilling on Mazephone although this does not include taxes so you’ll need to set aside an extra $20 (average) if you consider shipping it.