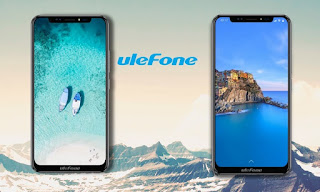 It is common in the mobile market that once one model with a feature that makes it very popular, then there will be a lot of machines with such character sooner or later in order to earn more attention whether from the compare or not. Recently, there is a machine looks similar to the iPhone X appeared on the internet with the name of Ulefone X that has made a heated discussion.


From the name that many people said that it is the clone of the iPhone X, but we can say that it is just with the similar name, for the machine of the Ulefone X is designed with its own characters. To begin with, it is equipped with MT6763 Octa core processor that is the same as the Ulefone Power 3 that will bring us an amazing and unforgettable experience.

Furthermore, it uses a 6.0 inch screen that the resolution is 2160 * 1080 Pixels with the contribute of the 6GB RAM+64GB ROM memory combination plus the extend memory ups to 256GB that is big enough for us to play games and watch movies online or download it while the Ulefone Power 3S is equipped with 4+64GB combination.

What makes the fans a little upset is that this model does not support the IP68 function like the popular phone of the Ulefone Armor 2 who can works well under the hard environment. On the other hand, it is equipped with a 6080mAh battery that it a little smaller compared to the phone of the Ulefone Power 5, but it big enough for us with normal usage in daily life.