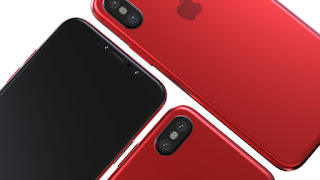 Apple is making big changes to the iPhone line-up in 2018 and the company will push prices higher to achieve it. But now an internal memo reveals Apple will add new iPhone models as early as next week.


The MacRumors has attained an internal memo from Virgin Mobile stating Apple will launch its hotly anticipated limited edition (PRODUCT)RED versions of the iPhone 8 and iPhone 8 Plus. The memo also states Virgin Mobile will add the models to its inventory on Monday suggesting pre-orders could begin within the next 24 hours.

But there’s one surprising omission: Virgin Mobile makes no mention of a (PRODUCT)RED iPhone X. This is with good reason. I have been able to confirm from my own sources that Apple will not add this colour to (and therefore make charitable contributions from) the iPhone X.

The iPhone X currently only comes in Silver and Space Gray, not the Gold also offered on the iPhone 8 and iPhone 8 Plus, so Apple has deliberately curtailed colour options up to this point. Talk of a gold iPhone X edition also remains strong so it may be that is Apple’s preferred route in time.

The release of these (PRODUCT)RED editions is later than last year when Apple unveiled (PRODUCT)RED iPhone 7 and iPhone 7 Plus models in March 2017. Conspiracy theorists will speculate this is so Apple can prop up what is expected to be a weak third quarter, but that’s impossible to know.