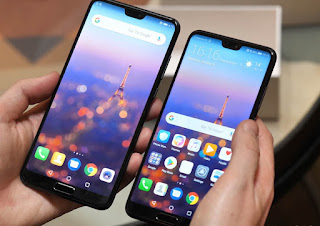 The new machine of the Huawei P20 has released yesterday evening in Paris that it supports pre-order now on the official website, which makes the fans very excited with the help of Kirin 970 processor that the performance is excellent, and it is said that the national version will be officially released on April 12.


Except the model of the P20, there was also another version met with us — Huawei P20 Pro that has changed some specification on the basis of the former. Comparing to the last generation, the P20 and the P20 Pro can be said to have changed dramatically that both of them has equipped with profiled full screen, which has not applied on the phone of the Huawei Mate 10 who also is very popular in the market.
The P20 is equipped with a 5.8 inch screen while the P20 Pro is equipped with a 6.1 inch screen while is said that the Huawei Honor 10 will equip with a 6.0 inch screen on the basis of Android 8.1 OS that both of them will bring us an excellent display effect with the help of the glass material that make it looks very beautiful.

As for the camera, the P20 is equipped with a new generation of Leica dual-lens and artificial intelligence chips with 12 million + 20 million pixel camera that the unit pixel area is 1.55 microns and support for 4D prediction tracking with F/1.8+F/1.6 large aperture. The P20 Pro is equipped with Leica's three-lens and AI artificial intelligence chips for the first time that the Huawei Mate 11 will also use this design. It has 40 million colors + 20 million black and white + 8 million telephoto cameras with the F/1.8+F/1.6+F/2.4 aperture that the pictures will be beautiful and clear.

In addition, the Huawei P20 built in a 3400mAh battery and the P20 Pro is equipped with a 4000mAh battery that although is not very big, the capacity is enough for us for normal usage. The selling point attracts the people is that both of them support IP67 function that will be much convenient in our daily life while the Huawei Honor V10 has not applied this design.