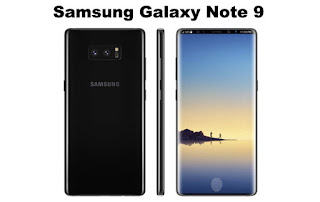 We are still a few months away from knowing anything concrete about Samsung Galaxy Note 9, but that isn't going to stop us from covering the various leaks and rumors leading up to its launch.


That's according to Ice universe, who has leaked accurate Samsung information in the past. It's also somewhat believable, given that the Samsung Galaxy S9 Plus and Galaxy S8 Plus both have 3,500mAh batteries, which is a larger size than the 3,300mAh one in the Samsung Galaxy Note 8.

The Note 9 will ship with Oreo, so it'll support Project Treble's modular updates. I can only hope Samsung uses this as an opportunity to throw its weight around and tell carriers it's going to push updates through faster and more consistently.

Samsung is the world's top smartphone manufacturer and has perfected the Android smartphone to the point where there is nothing lacking in the S9 Plus. Combined with excellent reception and solid phone performance the S9 Plus is going to be tough to beat in 2018.

if Samsung can deliver both in the Galaxy Note 9 it could have the exciting flagship it needs to compete with whatever Apple's cooking up for the iPhone X.