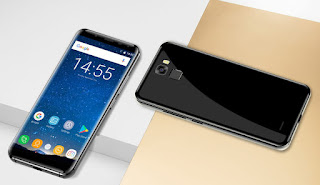 The OUKITEL K5000 is one of the company’s big-battery smartphones, and it is currently discounted on Oukitel Store. If you’re interested in this handset, you can now purchase it for only $169.99.

A 16-megapixel snapper is included on the back of this handset, while you will find a 13-megapixel camera on the device’s front side. Bluetooth 4.0 is also included in the package, and the device utilizes on-screen buttons. All the physical keys sit on the right-hand side of the OUKITEL K5000, while its SIM card tray can be found on the left. The phone’s rear-facing camera is not exactly flush with the phone’s back side, but it does not protrude that much either. A Type-C USB port, and the phone’s loudspeaker are located on the bottom of the phone.

A 5,000mAh battery is rather large in general, but if you take into account this phone’s SoC, and the fact it has an HD+ display, that battery should be able to provide plenty of juice to the phone. Recently Oukitel launched a 11000mAh Battery phone called Oukitel K10. Interested friends can be found on the official Oukitel Store website.