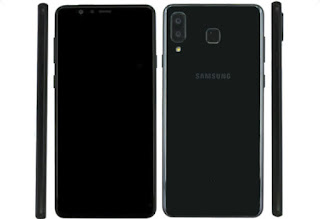 Samsung is about to launch a new smartphone which is far more exciting, It is called the ‘SM-G8850’ (exact Galaxy branding TBC) and we know everything about it thanks to the eagle eyes of SamMobile and the dedication of China’s certification authority TENAA to publicly share every upcoming smartphone it tests.


Like the Samsung Galaxy S9 and iPhone X, it features a 5.8-inch display but it ditches the polarising curved edges of the former to match the flat panel of Apple’s phone. The SM-G8850 also has the dual 12MP camera included on the Galaxy S9 Plus (but missed off the Galaxy S9) which outperforms the iPhone X.

Furthermore, the SM-G8850 also has an overclocked 2.8GHz Exynos 9810 chipset so it is faster than any of Samsung’s current flagships. Given the standard Exynos 9810 in the Galaxy S9 beats the iPhone X in real-world performance tests, Samsung’s hotrod SM-G8850 (which matches all the Galaxy S9's other specifications) looks mouthwatering.

Right now the SM-G8850 is currently only scheduled to go on sale in China. This is infuriating because this is clearly the smartphone Samsung should have released worldwide as the Galaxy S9 Plus, instead of the competent yet underwhelming Galaxy S9 we have now. It’s also infuriating because China is a market where Samsung struggles, but it will now get the company’s most exciting smartphone while more loyal markets miss out.