Why the Samsung Galaxy S9 speakers are so better 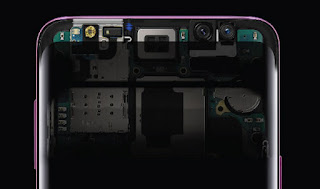 The Samsung Galaxy S9 range is, in the main, a modest updated over the Galaxy S8. However, one area in which the device takes a giant leap forward is through those AKG-tuned stereo speakers.


The new device features an additional speaker at the top for stereo sound has much better bass performance, less distortion at higher volumes and access to Dolby Atmos surround sound tech.

The firm said it spent an entire year modifying the kinetic structure of the speaker in order to make enough room for it within the Galaxy S9 Plus. Because there was a slight difference between the top and bottom speakers Samsung had to balance the output levels. “And ?nally we reduced interference from other components that also use magnets so that they wouldn’t cause static or noise in the speaker,” the company says.

The result, Samsung says, is speakers that are 1.4 times louder than the Galaxy S8 Plus. The incorporation of Dolby Atmos also helped to maximise the stereo speakers’ capabilities.

“Instead of mixing by channels, Dolby Atmos places sounds within a three-dimensional audio environment, giving listeners the impression that sounds are coming from everywhere,” Samsung says. Finally AKG’s fine tuning expanded the bass range which ensuring higher volumes can be achieved without too much distortion.