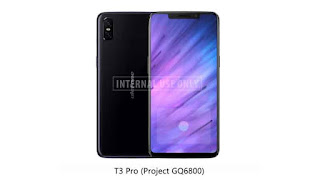 Many manufacturers like the Ulefone trying to add the Face ID to the phone after the iPhone X has bring it into the market, but the difference is that the iPhone is equipped with more advanced and sophisticated to use, for it relies on 3D recognition of the face in order to prevent others use photos to deceive. There is not long for the Xiaomi and OPPO to release similar device equipped with 3D light sources. Comparing to 2D recognition, 3D structured light face recognition is safer and faster.


According to the leaked news that the new machine of the Ulefone T3 Pro will equip with this face recognition system and the Ulefone are searching and developing it with the Orbbec Technology manufacturer. What more important is that the T3 Pro may be equipped with a large area screen fingerprint sensor, which bring it easier to unlock this device. We hope all the news said above are true and it will sell with the most competitive price for this function will always apply for the Ulefone mobiles. On the other side, the Ulefone T3 and the Ulefone T2 Pro have released with the screen sensor on MWC 2018, but for the influence of the chip produce, this model has not entered the large-scale production stage that it will support purchase soon.

In addition, except the T2 Pro, Ulefone will release the Ulefone X in June. If you plan to upgrade your equipment in the near future, it's worth waiting. But if you need one now, another good choice will be the Ulefone Power 5 with 13000mAh capacity battery. The Ulefone T3 Pro will become a real competitive project and will enter the market in the near future.