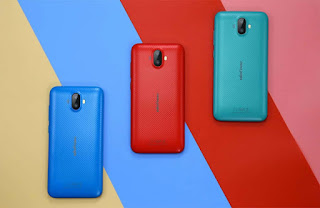 Google released Android Go, an Android 8.0 Oreo-based streamlined version designed specifically for entry-level handsets that run on 1GB or less memory. Since then growing manufacturers have been working on devices with this OS onboard. Ulefone Mobile is one of the manufacturers. The latest addition to the Go Series is the Ulefone S7 Go.


The Android Go on the Ulefone S7 is supposed to provide a much faster and smoother user experience while taking up less space and consuming less data. Belonging to the company’s entry-level S Series, the upcoming S7 Go has the same hardware specs like its predecessor including a quad-core SoC, 1GB of RAM, 8GB of internal storage, 8MP/5MP dual rear camera combo, 5MP selfie snapper with softlight, 5″ HD display, 2500mAh battery and independent audio chipset.

The accurate release date and price tag of the S7 Go, Ulefone T2 Pro and Ulefone X are yet to be revealed. If interested, you can subscribe to the company’s official website to get first-hand news about the phone.